An Example with an Explanation 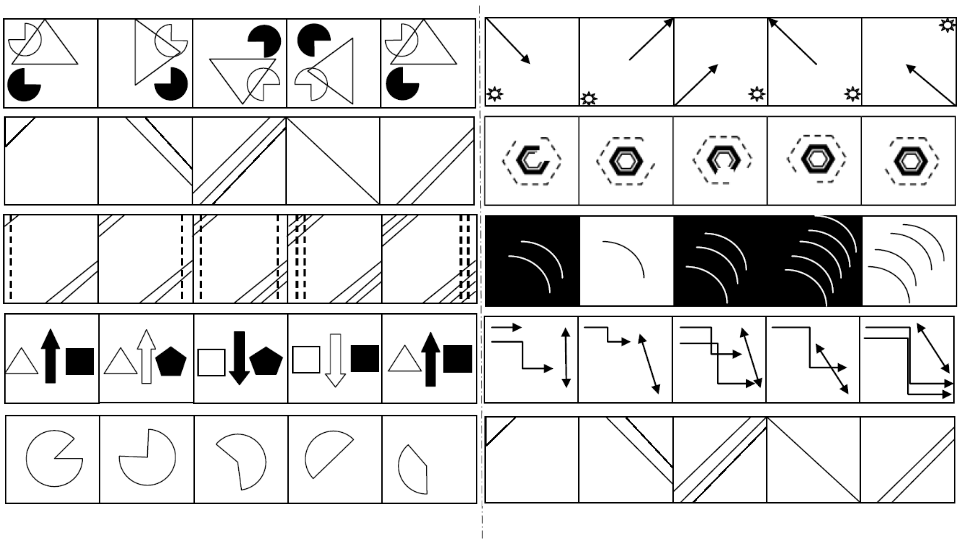 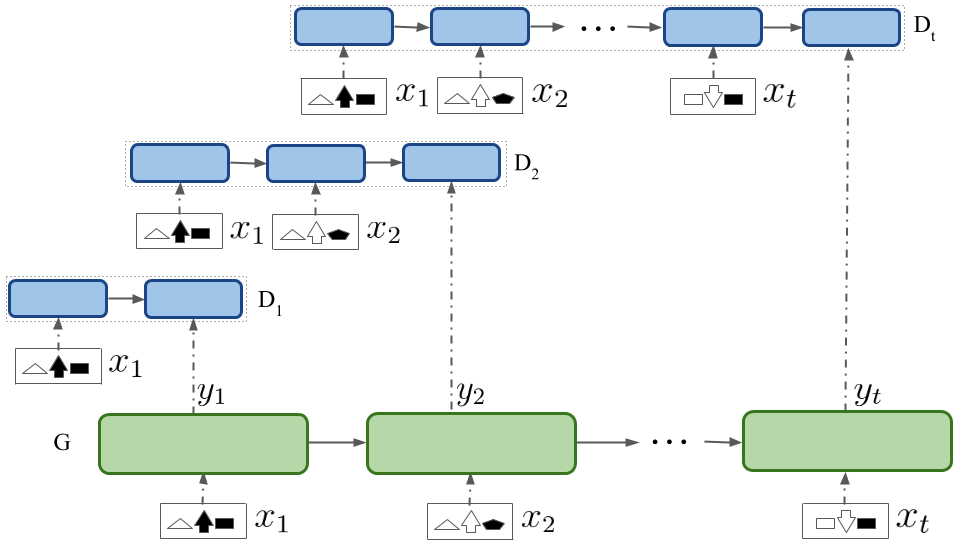 The above figure corresponds to our Context-RNN-GAN model, where the generator G and the discriminator D (where Di represents its ith timestep snapshot) are both RNNs. G generates an image at every timestep while D receives all the preceding images as context to decide whether the current image output by G is real vs generated for that particular timestep. xi are the input images. 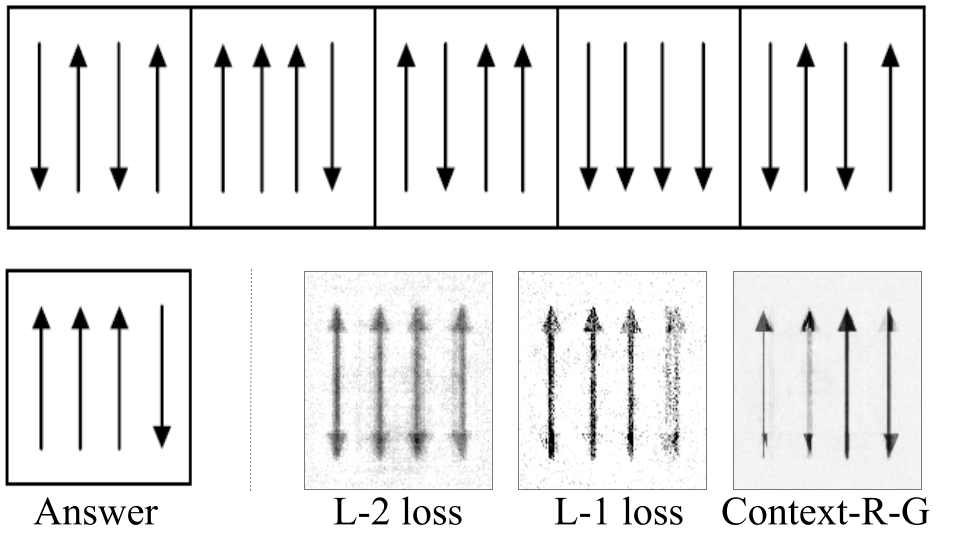 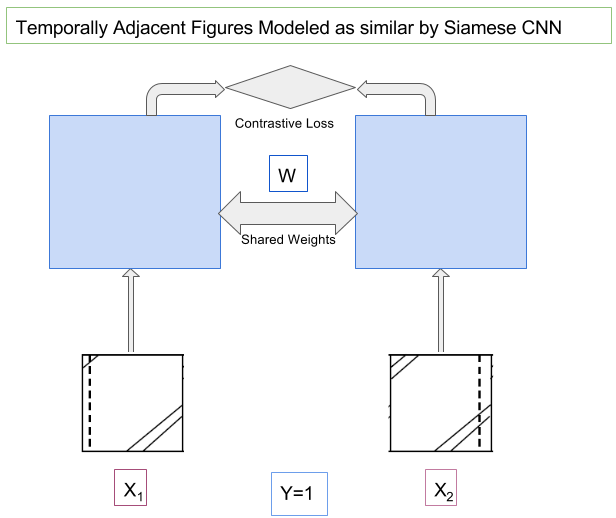 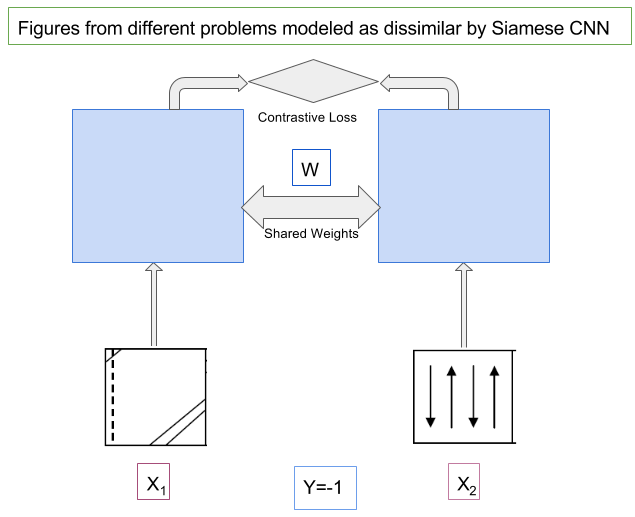 Context-RNN-GAN with features obtained from Siamese CNN is competitive with humans in 10th grade in the sense that it is able to achieve accuracy of 35.4% when the generated features are compared with the features obtained from actual answer images. It needs to be noted that humans can see the options to get the best possible overall sequence of six images and hence can select the best choice while our model is just comparing the generations (obtained using sequence of five images in the problem) with options to get the best option. So, we can say that our model is very good generator and comparable to even 10th grade humans. An interesting aspect is that the model is never trained on the correct answers, it is just trained on multiple sequences from the problem images and still performs remarkably well.

Application of the model to Moving-MNIST 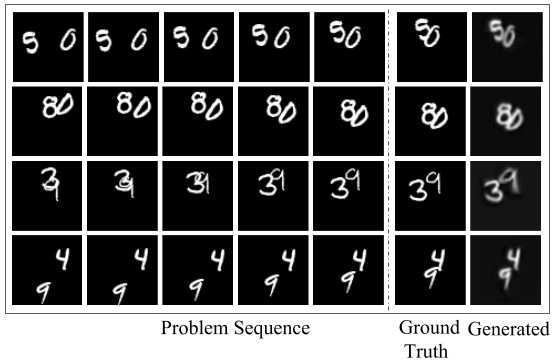 The model can be applied to video prediction tasks as illustrated by above figure. The Moving MNIST task consists of videos of two moving MNIST digits and the next frame has to be predicted from the preceding frames.